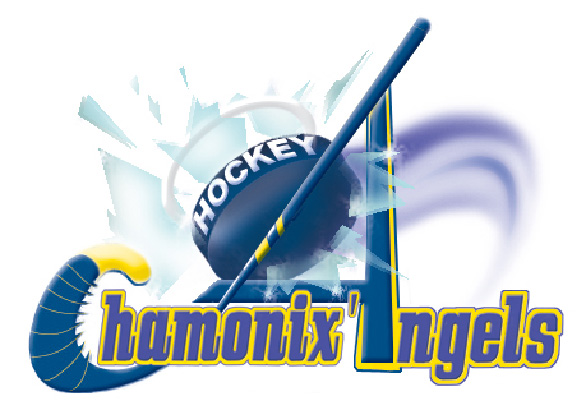 Who said the ice hockey did not spell in the feminine…

Born in 2003 on the impulsion of Agnes Balmat who was the team captain until 2010, the Chamonix’Angels group women of every ages and every skating levels, avid to practice a collective sport : the ice hockey. The headlight event is of course the Ida Chappot tournament, international feminine ice hockey tournament which takes place every years on the last weekend of April. Since 2012, we organize also the Angels tournament in November, to celebrate the official Angels day, proclaimed the 13th of November 2010 in Aspen.

To pull the team to the top and give it the possibility of making more mixed matches, the team fills out in 2005 of boys, not hockey players, but avid to practise the hockey. We wish to keep the feminine base of the team, that’s why a men’s “quotas” is established at the rate of 2 girls for 1 boy.

This tournament is an annual international tournament of the section created in 2006, it has the name of the old captain of the first feminine ice hockey team of Chamonix who brings the “Edelweiss” in England in 1932 while the hockey is a sport where women are banished.

It takes place on the last weekend of April and brings 8 teams from different places together.

Trainings: Wednesday from 21 to 22 hours

3€ for the ligue AURA

The winners of the tournament these last years :